Caleb George Cash (1857-1917) was a mountaineer, geographer, antiquarian and teacher. Today he is best remembered for saving Timothy Pont’s medieval maps of Scotland for future generations. Caleb George Cash was also a pioneer of mountaineering in the Cairngorms.

CG Cash was born into poverty in the working class Ladywood area of Birmingham in June 1857.

By 1881 the 23 year old Cash was working as a schoolmaster in Sheffield where he met Alice Octavia Randell. Caleb and Alice were married in July 1881

In 1886 the couple moved to Scotland where CG Cash taught at the Edinburgh Academy for 30 years and was closely involved in school life as music and geography teacher.

CG Cash began hillwalking in the Cairngorms around 1891, a decade before the Scottish Mountaineering Club visited the Cairngorms for the first time in 1902.

CG Cash’s first recorded Cairngorm ascent was of Cairn Toul in August 1894. He went onto climb many of the highest peaks in the Cairngorms and made multiple ascents of Braeriach.

Alexander Inkson McConnochie, first editor of the Cairngorm Club Journal and a pioneer of Scottish winter mountaineering wrote that Cash had: ‘a familiarity with, and a knowledge of the Cairngorm Mountains almost unequalled.’ Iain  R. Mitchell author of Scotland’s Mountains Before the Mountaineers writing in 2001 described CG Cash as: ‘a Scottish mountaineer of some note.’

CG Cash contributed to the development of nature conservation and sought to draw attention to the plight of the osprey in Scotland.

Cash documented sites of archaeological interest including chambered cairns, hill forts and standing stones. In 1908 he was elected a Corresponding Member of the Society of Antiquaries of Scotland.

CG Cash made an extensive study of Timothy Pont’s 15th century maps of Scotland and in the opening years of the 20th century recognised that Pont’s maps were unique and invaluable.

He outlined the history of the Pont maps in two articles for Scottish Geographical Magazine which in the words of historian Jeffrey Stone: ‘ensured that Cash would become perhaps the most influential of Pont’s many biographers’. Cash thought it imperative that Pont’s maps be mounted and conserved, writing that they were: ‘…undergoing a process of slow but sure destruction.’

Today when Cash is remembered it is for saving Timothy Pont’s maps for future generations.

Cash edited several geography books for young people with titles like Cook’s Voyages and The Story of the North-West Passage.

CG Cash’s last book, A Contribution to the Bibliography of Scottish Topography took him 15 years to write and was finally published in May 1917. A sort of geographical dictionary of Scotland the book it is still used today as a source by people researching Scottish history.

Kellan MacInnes tells the story of the life and work of the remarkable CG Cash in his book Caleb’s List, Climbing the Scottish Mountains Visible from Arthur’s Seat (Luath Press, 2013).

Doodle on the beach

Kai and the piper 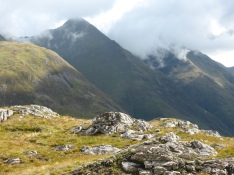 Kellan and the Doodle 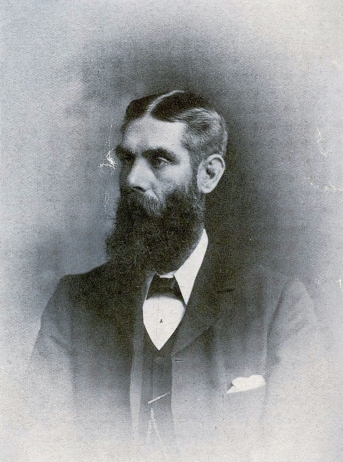